The regular Note 10 is the cheapest of the bunch, and offers a true Note experience in a surprisingly manageable form factor. Samsung is used to making Notes as big as it can, but the Note 10 has a similar footprint to the Galaxy S10. To be specific, it’s 0.31 mm long, 5.94 mm high and 2.83mm wide. So, it is definitely a breath of fresh air for the Note series. Hence, for people who prefer a smaller phone, the Note 10 is a good option.

The 3.5mm headphone jack is one of the Note series’ key features. Now it is no more with the Note 10. But consumers can still use wired headphones with the Note 10’s USB-C port — either with the USB-C headphones included in the box or with a 3.5mm to USB-C adapter. Alternatively, for people who prefer wireless headphones, the Note 10 also supports the latest Bluetooth 5.0 standard.

While Samsung has been in favor of wireless charging, it doesn’t perform as well as its competitors in wired charging speeds. But with the Note 10, situation finally changes. The Galaxy Note 10 is endowed with USB Power Delivery, meaning that you’ll get out-of-the-box charging speeds of 25W. That’s really a sizable upgrade on its own.

4 The S Pen with some new features

The S Pen is a highlight of Note phones that attract a lot of people each year. With the Note 10, Samsung keeps on improving the S Pen and adding more features to it. For avid selfie-takers, Samsung has added something called Air Actions. Air Actions allow users to point the S Pen at the Note 10 to act as a camera shutter button, switch between different shooting modes, and zoom in or out. Another new feature is Air Doodle, allowing people to draw wigs, mustaches, and more on people in the camera’s frame. With the help of algorithms, the Note 10 can map these drawings on people through the viewfinder in real-time. What’s more, the S Pen is also a key component to the Note 10’s new native video editor, making it quite easy to splice, scrub, rearrange timeline items, and more.

5 Available in some beautiful colors

This year, the color of the Note 10 surged up to 11. It comes in a variety of awesome colors, including a striking Aura Glow one that is essentially a rainbow colorway and changes its appearance all the time depending on how light is hitting it. Other colors like Aura Red, Pink, and Blue are also pretty great.

If you want to save a bit of money or you are after a smaller phone with a stylus, Galaxy Note 10 is the best choice. 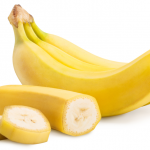 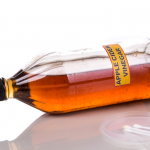 The Correlation Between Stress and Tinnitus

Worst Alcohols for Your Diet

A Guide to the Adoption Process