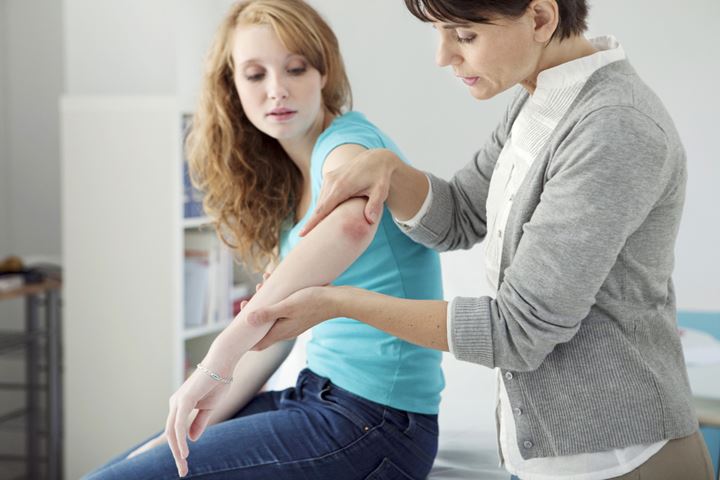 The most prevalent form of psoriasis is characterized by patches of red, inflamed skin with a buildup of dead skin. Guttate psoriasis exhibits itself with small, red, scaly spots that usually show up in the arms, legs, and middle of the body. Inverse psoriasis affects the parts of your body that have folds, including the armpits, genitals, buttocks, and breasts. While not as common as the other forms of psoriasis, erythrodermic is the most inflammatory kind and can exhibit itself on any part of the body. Affecting the fingernails and toenails, nail psoriasis is often the result of other forms of psoriasis.