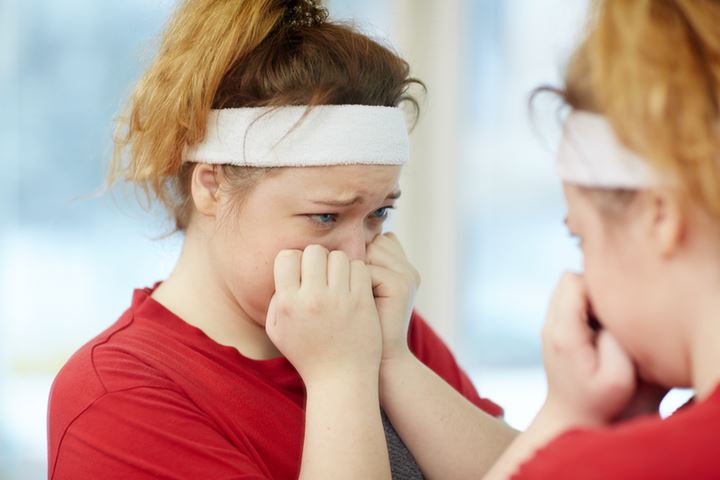 It seems like everyone is talking about fat these days. The news says that fat in our foods is making us unhealthy. Doctors and health shows tell us that being overweight is detrimental to our health. The media post pictures of thin, athletic celebrities, putting them on a pedestal for being people of wealth and beauty. Nutritional supplements and special diets designed to make everyone slender are everywhere.

Although being aware of our bodies and our health is wise, there is a point in which all of this attention to fat goes from thinking about your health to fixating entirely on fat itself. Obviously, fat has its place in our health and our bodies and we cannot be healthy without it. However, people have become so fixated on and even afraid of fat that we are at a point where calling fat “poison” and viewing larger individuals as “sick” have become the norm.

Here are the 11 reasons how fat shaming affects our health.

Fat shaming is when people ridicule others simply because of body fat, perpetuating the stigma surrounding it. This takes many forms, from tabloids posting pictures of new mothers in bathing suits to make fun of their beach bodies to the countless “Yo mamma” jokes floating around the internet and even classrooms. Some people seem to think that they are simply having “a little fun.” When these jokes or comments come from someone close to them, they may think it is out of love or to motivate their overweight friend or family member to actively seek change. In reality, being shamed for being overweight does not help anyone. If anything, the shame, abuse, and deep embarrassment caused by being taunted and insulted over one’s weight actually leads to every other problem on the list. 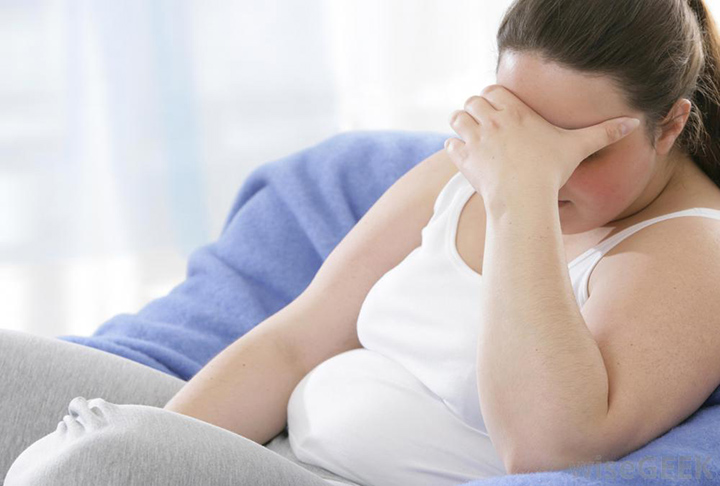 2. It leads to poor mental health

It has been statistically proven that overweight Americans have much higher rates of depression, eating disorders, and suicide than their counterparts with a lower body fat percentage. Yet it is not actually their weight or fat causing these things. In fact, in places where being chubby is considered attractive, the rate of mental disorders is generally around the same between fat and thin people. The difference is how we are treating overweight people as a society. Being constantly barraged by negative messages will inevitably wear anyone down over time. This causes people to be thrown into an endless cycle as ironically, medications to treat mental health issues like depression can lead to increased hunger and weight gain.

3. Lack of positive representation in media

Think of an overweight male character. Chances are you could think of one very quickly. Now, what’s his portrayal like? Foolish? Slovenly? Ugly? Clumsy? Stupid? Is he the comic relief to the thin good guy or perhaps he is the bad guy laughing maniacally while eating? The number of negative characterizations of larger people in the media greatly outpace the positive ones. This happens in all forms of media from books to movies, to even children’s television shows. Viewers can subconsciously or consciously begin to treat and/or see larger people in a negative light thanks to the media.

Essentially, the primarily negative characterizations of overweight people in the media only encourage others to continue fat shaming any overweight people they find in the real world. This holds true in particular for younger people as they have frequent exposure to the media and are more easily influenced by older and more mature cohorts.

4. It leads to negative self-concepts

The combination of being exposed to negative fat stereotypes and being mocked for being “big” by those around them does not encourage feelings of self-worth. They may feel less than adequate as they constantly see thin, beautiful people treated as the “ideal” or “golden standard.” The truth is that genetics do play a large role in the type of body someone has. People start to get desperate to have a body type that is unattainable which makes them more susceptible to engaging in dangerous behaviors. If they have been trying to lose weight but still don’t have the thin, athletic body type, then they can start to feel hopeless. Paradoxically, some even eat more in an attempt to comfort themselves.

Many people, tired of being shamed for their bodies, turn to diets. The problem is that most diets being touted as “miracle cures for fat” aren’t safe, easy to use, or even cheap. Diets are a huge health concern as people have died from diets like the HCG Diet. HCG diet is typically done with the help of a doctor, but most people try diets and diet supplements without the help or consultation of a doctor. Taking herbs and supplements to lose weight can lead to interactions with various medications and can have side effects. Most supplements have not actually been proven to be effective for weight loss or even tested/approved. Some people even go so far as to swallow tapeworms; a parasite that will kill you if left untreated!

6. It makes people afraid to get help from a doctor

Why would someone swallow tapeworms or take untested herb and chemical cocktails when they could see a doctor for help? Well, it’s because they feel like the doctor isn’t helping anything. After being barraged by everything from TV shows, putting fat people as the butt of jokes to random strangers, whispering about them behind their backs, overweight people are tired of hearing all about their weight and fat. Going to a doctor just to hear the doctor also tell them what they “already know” feels like a waste of time. Some doctors even blame the overweight person for their weight and will shame them for it. Sadly, healthcare professionals can uphold fat stigma as well.

7. It makes people scared of the gym

The gym can be an intimidating place for even thin people. However, it can especially be daunting for the overweight. An overweight person already is self-conscious to start with and now they are surrounded by gym rats, personal trainers, and mirrors which will only make things worse. As a matter of fact, some gyms also do not have equipment that can fit especially large individuals. Very overweight people often argue that if they are going to need to buy their own lifting belts and gear, they might as well work out at home where others won’t stare at them. Of course, working out at home means it is a lot easier to become distracted or to forget to work out, neither of which helps people stay healthy.

8. Some people end up abusing exercise

It’s not just the overweight who are body conscious. Thinner, more athletic people feel pressured to maintain their physique for fear they will end up bigger than they already are. They have seen what bigger people endure and do not want to go through the same. This can lead to longer, harder, and more extreme exercises with an increased chance of injury. Research shows that just half an hour of exercise three times a week is enough to maintain fitness in most people regardless of body size. Doing hours of exercise and weight lifting every day can actually do more harm than good.

9. It can lead to eating disorders

Eating disorders come in many forms. Some people abuse exercise while taking in a starvation-level number of calories. Others go through “binge and purge” cycles aided by various laxatives and purgatives to attempt to flush all the “fat” out of their bodies from eating. There even are extreme focuses on “clean eating” that entails super restrictive diets and food taboo. In the end, the effect is the same: the body does not have what it needs and so it begins to break itself down in order to try to survive. The long-term effects of eating disorders include brittle bones, weakened organs, and even death. All of this suffering was triggered by the desire to be “thin.” Men and women alike of all ages suffer from eating disorders and it keeps starting younger and younger. 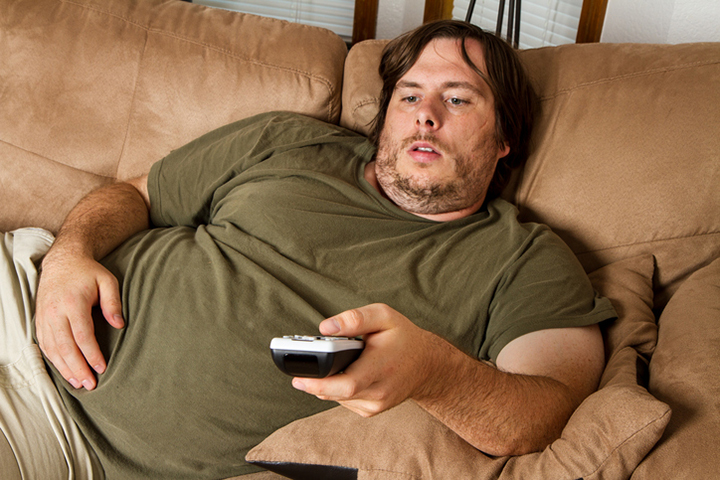 Many health programs have useful nutritional information mixed in with today’s social values. These values often show the example of a fat person being undesirable, unhealthy, and unpopular. The amount of social values per program vary, but almost all of them include the message of “fat is bad, thin is good.” Yet, recent studies suggest that people with a few extra pounds who are still physically active and otherwise “fit” can live longer, healthier lives than those who are always thin and athletic-looking. Many schools do not have up to date information to give so the incorrect idea of “thinner is always better” stays in circulation.

11. It affects children, too

Admittedly, it’s not just adults whispering behind each other’s backs and making fat jokes. Children are doing it, too, because schools teach children that being fat is bad. Cartoons and children’s TV shows have stupid, fat, comic relief characters and fat, evil masterminds. Most children are chubby by nature and this “baby fat” will go away with age. The reality is children don’t know they will be different when they are older. In fact, all they know is that they are “fat” right now and that fat is bad! This perception of themselves can stick with them for the duration of their lives, predisposing them to mental health challenges and poor self-worth.

Children under the age of ten are more frequently being diagnosed with eating disorders, having negative personal images and other problems associated with fat shaming. Children learn what we show them. Essentially, if we can show them more acceptance for different body types, they can be more accepting and learn to love themselves, too.

Why You Shouldn’t Fat Shame was last modified: October 2nd, 2017 by Chris Anderson