Gum disease is a progressive infection in your gums and surrounding teeth and bones. Although the infection can occur at any age, it is most common among adults. If left untreated, gum disease can cause serious destruction to your teeth, gums, and bone. There are three main stages of gum disease. We take a look at what each stage involves.

The first stage of gum disease is known as gingivitis. Signs of gingivitis occur once bacteria (plaque) invades the space around your teeth, infecting your gums. There are only a few symptoms in this early stage. These signs include occasional bad breath, bleeding after flossing, and redness and swelling of your gums.

At this stage, the infection can be reversed by practicing good oral hygiene at home and by visiting your dentist on a regular basis for check ups. If left untreated, however, gingivitis will lead to periodontal disease, gingival abscesses, cavities, eventual tooth loss, and deeper pockets of infection.

The second stage is recognized as slight to moderate periodontal disease. In this stage, the infection has developed deeper under your gums, causing destruction of the supporting bone. Additionally, the bacteria type changes and more bone loss can be expected, as your pockets become deeper. Daily brushing and flossing can no longer reverse the disease at this point. Some signs to be aware of in this stage include increased redness of gums, bleeding with brushing and flossing, and worsening bad breath.

Treating the second stage includes scaling and root planning, which is referred to as a “deep cleaning”. During a deep cleaning, plaque and tartar that is causing your gum infection is removed. If not treated, you will begin to experience bone loss, loose teeth, and increased bleeding, pus, shifting teeth, gum recession, and tooth sensitivity.

The final stage is characterized as advanced periodontal disease. In this last stage, the infection has grown deeper and your teeth are at risk for further loss and loosening. If your symptoms have not been prominent in the earlier stages, you will notice them now. You are at high risk for tooth loss and periodontal abscesses occur more often, as does spontaneous bleeding and pus drainage. Other symptoms that you will experience include redness, swelling, and oozing gums, cold sensitivity, increased tooth shifting, severe bad breath, and pain when chewing.

If your infection has entered this stage, then it is now so deep that treatment will require surgery to clean out deeper pockets of bacteria. You will also be at risk for other systemic health problems because the infectious bacteria can enter your bloodstream at this point.

The Development of Gum Disease was last modified: October 3rd, 2017 by Janet Hamilton 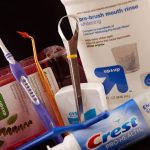 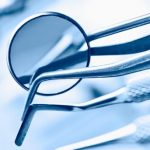