Sinusitis is the inflammation of the sinuses, which means the empty spaces among the bones surrounding your nose and eyes are most likely plugged, swollen, and painful. There are two main types of sinusitis: acute and chronic.

Acute sinusitis is more common and usually follows the occurrence of a cold. The several-day course of sneezing and coughing brought on by a cold or hay fever can instigate swelling in your nasal passages and sinuses. When your cold symptoms extend beyond the typical five to ten days and symptoms worsen, you may consider visiting the doctor, who may prescribe medications to relieve your symptoms.

Often, the thick mucous trapped in your sinuses can harbor bacteria or fungus that would otherwise not be harmful. When these organisms overpopulate in your sinuses, a secondary infection can develop. When the infection is bacterial, your doctor will prescribe antibiotics. Fungal sinusitis, requiring antifungal medications, is rare and typically affects patients with suppressed immune systems. Most sinus infection treatments do not require antibiotics because they are caused by viruses.

Medications that work toward opening up your sinus passages are decongestants. Decongestants may be taken orally or in nasal spray forms to target the swelling and relieve the stuffy pressure feeling.

Because pain is the number one symptom caused by sinusitis, patients often take pain relievers. Your doctor may recommend over-the-counter analgesics or prescribe something more powerful, depending on the severity of your symptoms. Pain is usually more of an issue in patients with acute sinusitis.

If the cause is allergy related, your physician may recommend testing and to address your allergies and thus boost your immune system, avoiding allergic responses, as part of a sinus infection treatment. Removing environmental triggers is also highly recommended.

Because inflammation is such a significant component of sinusitis, physicians often prescribe steroids, which are medications that reduce swelling. Steroids may be sprayed directly into the nose, taken orally, or injected. Patients with acute sinusitis may only require a nasal spray, whereas those with chronic sinusitis may need more substantial forms.

Patients who suffer from chronic sinusitis and get minimal relief from other forms of treatment are candidates for surgery. Frequently, the goal of surgery is to fix any anatomical structural abnormalities. Some patients may have chronic sinusitis resulting from injury, for instance, a broken nose or other bones in the face may occlude the sinus passages. Another common anatomical issue is a deviated septum, which occurs when the wall separating the nostrils blocks the nasal and sinus passages.

Chronic sinusitis is often characterized by whether nasal polyps are present. Nasal polyps are growths in the nasal passageways, and they tend to block the sinuses as well. A goal of surgery, as used for sinus infection treatments, may also include the removal of nasal polyps.

Moisture will help soothe irritation and loosen up thick mucous caused by sinusitis. Nasal passages may be moisturized by using saline nasal sprays or saline rinses. You can use a humidifier at home or work to moisten the air you breathe. Additionally, breathing through a warm wash cloth or inhaling steam in a warm, steamy bathroom with the shower running may also alleviate your sinusitis symptoms. Drinking plenty of water will keep you hydrated and help to thin out mucous so that it can drain more easily.

Rest and plenty of it will help you recover from sinusitis and any possible secondary infections. Elevating the head of your bed may help reduce symptoms, especially when post-nasal drip or acid reflux are factors triggering your sinusitis. 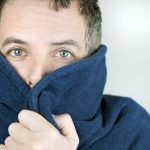 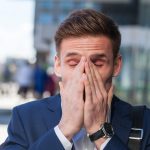 The 5 Best Undereye Concealers For Dark...