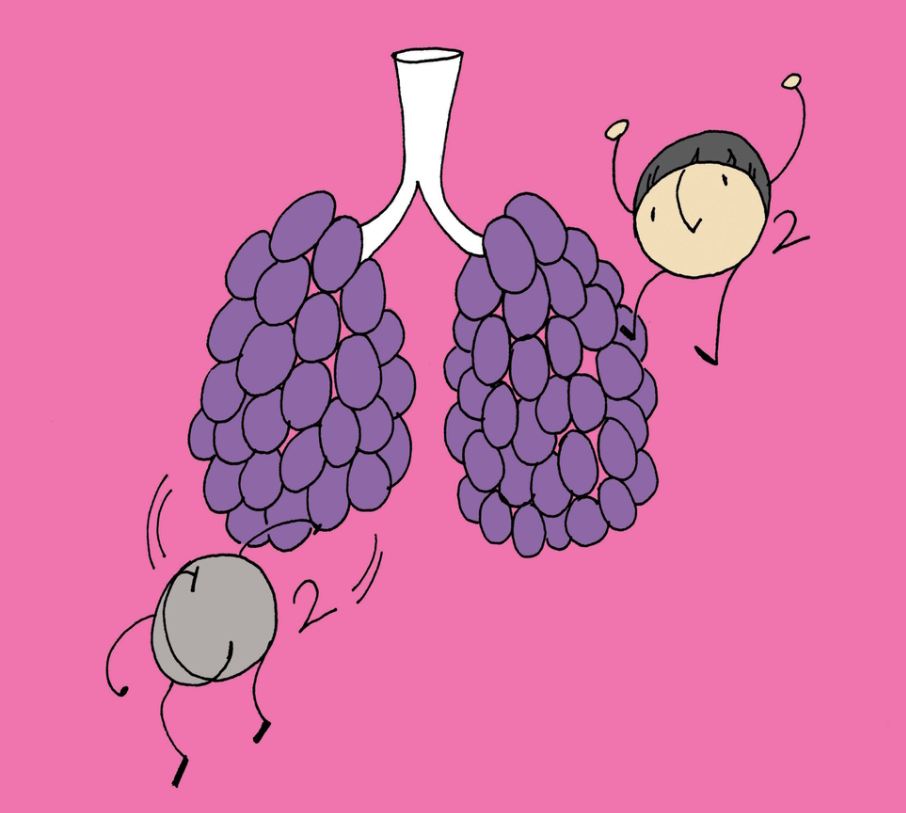 Emphysema is a lung condition that causes shortness of breath. In people with emphysema, the alveoli in the lungs is damaged. Emphysema is not curable, but there are some treatments that can help you manage the disease. These treatments can manage symptoms or slow the prognosis of the disease. Quitting smoking is one of the best things you can do to help manage your symptoms. The following are the treatments of emphysema that can be used alone or in combination.
Bronchodilators:

Corticosteroids such as fluticasone or budesonide usually inhaled are used to decrease the inflammation of the airways and help prevent exacerbations. Often these drugs are administered in combination, LABA and ICS and include Advair, Symbicort, Dulera, and Breo. Roflumilast is used to improve shortness of breath and increase lung function. However, these kinds of drugs may have side effects that include bruising, oral infections, and hoarseness.

Antibiotics such as often are used to treat infections that cause acute exacerbations. The anti-inflammatory drugs such as steroids () can be used to reduce lung inflammation. One antibiotic, azithromycin, has been shown to reduce exacerbations of emphysema and may be prescribed by your doctor if you are prone to exacerbations.

influenza and pneumonia can cause serious problems for people who have emphysema. For this reason, it is important for emphysema patients to reduce their risk of getting these illnesses.

Oxygen therapy can help people with severe emphysema which have low levels of oxygen in their blood to breathe better. This treatment involves administering oxygen either through a mask, or through two small tubes that enter the nose. Some people who receive oxygen therapy need it all the time, while others only need it at certain times.

Surgery can be used to treat emphysema in a select group of patients. Types of surgery include lung reduction surgery (involves removing damaged areas of lung tissue to allow healthy tissue to function more effectively) and lung transplant surgery (only considered in select patients with end-stage disease). Patients who have advanced disease are at increased risk for surgical complications, including death.

Pulmonary rehabilitation is an excellent emphysema treatment option that can help improve exercise tolerance, reduce flare-ups and improve overall quality of life. Doctors often recommend it after a lung reduction surgery or as part of a treatment plan. The goal of pulmonary rehabilitation is to restore the highest-level lung function possible, accomplished through physical activity, various treatment options and developing coping techniques.

Treatments of Emphysema was last modified: September 17th, 2018 by admin