Melanoma is cancer that begins in your melanocytes—the pigment-producing cells that give color to your skin. Although common, melanoma can be serious, more so than other types of skin cancer, because it may spread to other parts of your body. Here is a look at the main types of melanoma.

This is the most common type of melanoma, seen in about 70% of all cases. This melanoma develops in the top layer of your skin for some time before growing deeper into the deeper layers and beyond.

The first sign is the appearance of a flat or slightly raised patch with irregular edges. The color of the patch may be tan, brown, black, red, blue, or white. It can be found anywhere on your body, but most often occurs on men’s backs and women’s legs.

This type of melanoma develops quickly. Most often, middle-aged people are diagnosed with this type, and it is usually discovered on the chest or back. It is more invasive, penetrating deeper into the skin if not removed.

Nodular melanoma is recognized as a bump that is usually black, but possibly blue, gray, white, brown, tan, red, or skin-colored. They often develop in areas of the skin that have not received a lot of sun exposure.

This melanoma accounts for 10% of all cases. It grows very slowly from pigmented areas of skin referred to as lentigo maligna or Hutchinson’s melanotic freckles. This type is most common among elderly people, and it shows up in areas of skin that are exposed to the sun a great deal, such as the face, ears, arms, and upper back.

The lentigo maligna is flat and grows in the top layers of the skin, growing larger over the years and changing shape. This cancer is called lentigo maligna melanoma if it becomes invasive and spreads into the deeper layers of skin.

This rare type of melanoma is most often found on the palms of your hand and soles of your feet. It can also grow under your nails and near your big toenail. It commonly appears as a black or brown discoloration and spreads on the surface of your skin before invading deeper layers, advancing more quickly than other types.

This melanoma is the most common type in African-Americans and Asians, and least common among Caucasians.

Found in roughly 1% of melanoma cases, mucosal melanoma occurs in mucosal tissue. This tissue lines your body cavities and hollow organs. The most common areas the melanoma develops are your head and neck region, such as nasal cavity, mouth, and esophagus, and, also in the rectum, urinary tract, and vagina. It can be more difficult to detect than other forms of melanoma. 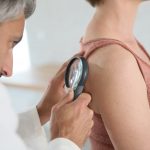 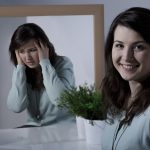