An Overview of Eating Disorders

An eating disorder is a broad term used to describe problematic eating habits that typically result in malnutrition and either excessive weight loss or gain depending upon the specific form. While eating disorders have physical impacts and consequences for affected individuals, the underlying causes are typically psychological and emotional in nature.

The causes of eating disorders are not well understood, though this may result from the varying influences that can contribute to the development and expression of certain disorders in individuals.

There have been many studies that point to biological causes such as genetic predispositions, personality traits, biochemical factors relating to the nervous and endocrine systems, or even complications during pregnancy. Eating disorders are also associated with other psychological conditions such as depression, anxiety disorders, and personality disorders. This makes diagnosing eating disorders particularly difficult. Other cultural components, especially media, peer, and parental influence, may also be contributing causes to developing eating disorders.

Specific symptoms vary according to each type of eating disorder. However, all eating disorders can lead to severe physical complications over time. In instances of dietary limitation, complications related to malnutrition and dehydration may arise including weakness and fatigue. In serious cases, organ problems, especially relating to the kidney and heart, may arise as well as early onset osteoporosis and menstrual problems in women. Characteristics of acid reflux are common in individuals with Bulimia Nervosa due to acid damage of the esophagus. Chronic overeating results in symptoms related to obesity such as diabetes, hypertension, and other heart related issues.

Prevention of eating disorders can be difficult because their exact cause remains unknown. The best prevention methods are to promote healthy eating habits and body image values, particularly among adolescents, a high-risk group, and those persons who are beginning to show early or related symptoms.

Treatment options are highly specified to each individual. Combinations of varying methods are used and require long-term commitments as changes in behavior take time to make. Treatment options include visits to both a physician for addressing physical complications and a psychologist to treat the mental and emotional symptoms. Counseling is an important part of treatment for patients along with varying forms of behavioral therapy. Antidepressants or other medication may be necessary depending upon symptoms.

In certain cases, the illness may be severe enough that it needs to be addressed with an inpatient eating disorder treatment center. In facilities like these, patients have the ability to focus all their time and energy on recovery, which can often help improve their prognosis. These eating disorder treatment centers are staffed by specialists who can help patients deal with both the physical and psychological symptoms of disorders, and many will also be able to help patients deal with any co-morbid conditions as well, such as substance abuse. There is no determinate length of time that it takes for someone to overcome an eating disorder in a treatment center, but most programs last for three months or longer. 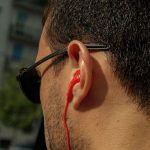 Do Not Do These 5 Things to Your Ears 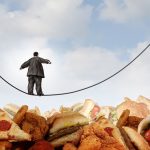 How to Enjoy a Stress Free Travel...