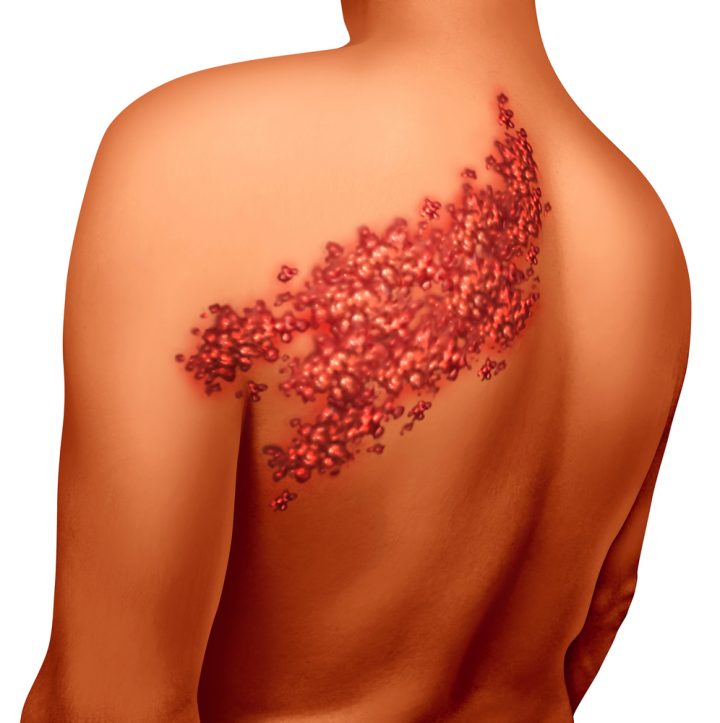 The predominant shingles symptom is a painful rash most commonly appearing as a band or stripe on one side of the body. The same virus that causes chickenpox, called varicella-zoster, also causes shingles.

Anyone who has had chickenpox is susceptible to shingles, and those who are over 50 years of age, have an autoimmune disease, or have other health problems that weaken the immune system are more likely to suffer the condition. Those who have never had chickenpox can not develop shingles. After one recovers from chickenpox, the virus may lie dormant, for years – even decades. Eventually, it may reactivate and travel along nerve pathways to the skin, resulting in a breakout with the telltale shingles signs. Because it is a virus, shingles is incurable, though most individuals who suffer the illness only experience it once, without recurrence, and fully recover.

Shingles treatment attempts to help minimize the pain, shorten the duration of a breakout, and reduce or eliminate complications. Earlier self-diagnoses of shingles leads to earlier treatment by a physician. Shingles usually clears within 2-3 weeks. Depending upon which nerves are affected, other shingles symptoms include an inflammation of the brain (encephalitis), hearing or balance problems, and facial paralysis.

Initial shingles symptoms are nonspecific and often lead to misdiagnosis or may be disregarded completely. The earliest shingles signs include flu-like symptoms such as headaches, light sensitivity and malaise. Next, one may feel itching, tingling, throbbing and/or quick stabs of pain a specific region of the body. More intense cases are known to have caused burning sensations, hyperesthesia (over sensitivity), and parenthesis (pins and needles). The pain may be mild to extreme in the affected area, but in children it is often painless. This period commonly lasts one or two days but sometimes as long as three weeks.

At first, the shingles rash appears similar to hives, but eventually, the characteristic strip, or belt-shaped, skin rash develops, most often on one side of the torso. It can also appear on the face, eyes, or other parts of the body. This is when most individuals realize they’re experiencing shingles symptoms and contact a physician. The rash continues to become vesicular, which means it forms small blisters filled with fluid, and the fever and malaise continues. The painful blisters become cloudy or darkened as they fill with blood, and then they crust over or scab. Within seven to ten days, the crusts fall off, the skin heals, and the shingles symptoms fade.

The shingles rash and pain usually subside within five weeks. In some cases, permanent tissue damage and/or scarring remains. Approximately one in five patients develops postherpetic neuralgia, which is continued pain long after the blisters have cleared and can be difficult to manage. Sometimes, shingles can reactivate as zoster sine herpete, which is pain radiating along the path of a single spinal nerve, without an accompanying rash, and can cause complications that affect several levels of the nervous system. Other long-term shingles symptoms include: partial facial paralysis (usually temporary) such as difficulty moving facial muscles, a drooping eyelid and loss of eye motion; ear damage with hearing loss and dizziness; joint pain; taste problems; and vision loss.

It is possible to continue to feel dizzy and weak, experience long-term pain or a rash on the face, difficulty thinking clearly, or a rash that continues to spread. If any of these shingles symptoms continue to occur, consult a physician as soon as possible. Though a second recurrence of shingles is rare, it is possible and has been known to happen. If any of the shingles signs and symptoms begin to return, call a primary physician and begin treatment. 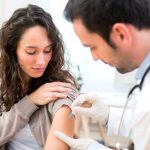 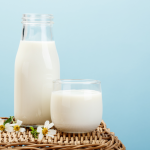 How To Choose The Best OTC Wrinkles...