What Can Lead to Hyperhidrosis – Symptom Information 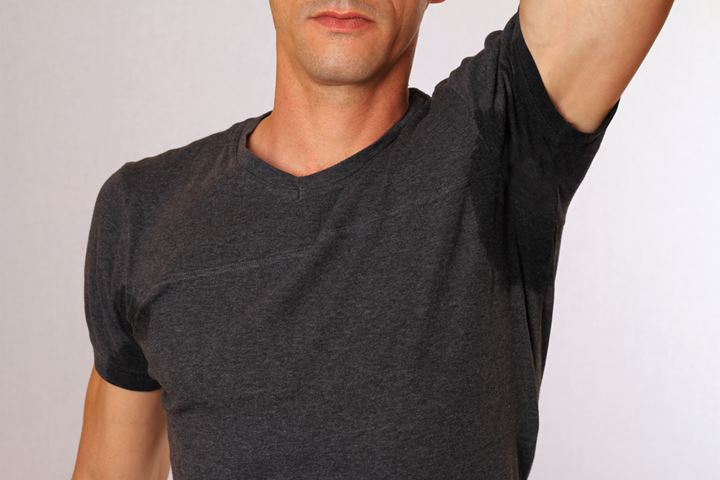 Hyperhidrosis is an embarrassing condition that causes excessive sweating. While it’s commonly referred to as a singular entity, there are actually two different forms of hyperhidrosis—primary focal and secondary general. Both of these variations have wildly different causes, some of which provoke concern more than others. Here’s a look at some of the potential origins for both. As always, it’s best to seek the advice of a medical doctor when trying to identify the exact cause of a medical condition.

Primary focal hyperhidrosis is the more common form of hyperhidrosis and often occurs in people who are otherwise healthy. People with this condition sweat excessively from areas commonly associated with the process—such as the armpits, face, hands, and feet. While hyperhidrosis is still not completely understood by medical researchers, most now believe that it stems from a minor malfunction in the nervous system, which sends signals to your skin to induce sweating.

Additionally, certain lifestyle factors may make the pre-existing condition even worse. These include experiencing stress on a regular basis, eating hot or spicy foods, and wearing tight-fitting clothing made from synthetic fabrics.

Unlike primary focal hyperhidrosis, secondary general hyperhidrosis causes sweating to occur across the entire body. Additionally, it’s considered to be a more serious condition, since it’s generally caused by some other underlying medical problem. The possibilities for the underlying problem are varied, but common diseases thought to be the cause include leukemia, lymphoma, diabetes, Parkinson’s disease, tuberculosis, and stroke.

Not all cases of secondary general hyperhidrosis are caused by illness; certain medications may cause people to sweat excessively as well. These include blood pressure medicine, antibiotics, and anti-depressants. Finally, some women may develop secondary general hyperhidrosis after becoming pregnant. The condition normally resolves itself after a person gives birth, though.

What Can Lead to Hyperhidrosis was last modified: September 30th, 2017 by Chris Anderson